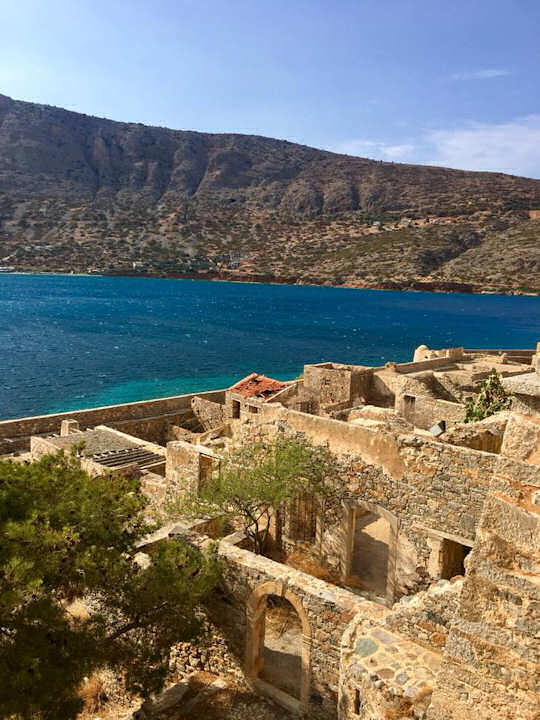 Spinalonga Σπιναλόγκα is a little island of the north-east coast of Crete in Greece. It has come to international fame due to its colourful history.

The island is a destination for boat trips from Plaka, Elounda and Agios Nikolaos in Lasithi, Crete. No one lives on the island now.

The island sits off the northern tip of Kolokitha peninsula, which forms the safe harbour of Elounda, in the wide Mirabello Bay, protected from the north by Cape Agios Ioannis.

Since ancient times this bay was the home of peoples, long ago there sat the town of Olous, which is now submerged under water. 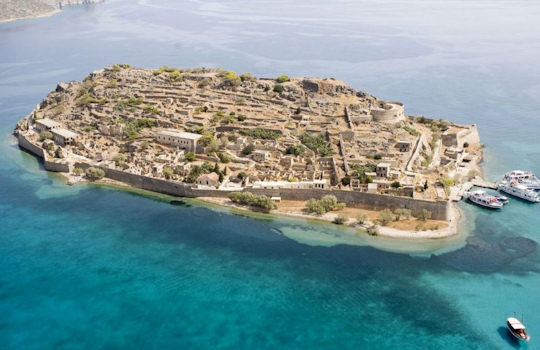 The physical beauty around Elounda Crete, the bay and the island are the reason that many fall in love there.

The island was fought over by succeeding powers in the Mediterranean and played an important strategic role in history. Its location at the entrance to a secure harbour made it ideal for a defensive fortress. When the sea lords of Venice claimed Crete as theirs they built a fort here. It remains in ruins today.

The word 'spina-longa' is Italian for 'long spine'. The island is popular with visitors for boat tours to enjoy its unusual history and its aqua marine bays.

The Village of Plaka

We have some more suggestions for both luxurious and budget-priced accommodation nearby...

Other places to stay near Spinalonga...

Books about the island...

The island, Plaka and Elounda have been the subject of many books, histories and fiction stories, such as Spinalónga – The Isle of the Damned by Victor Zorbas, Spinalónga by Beryl Darby and The Island by Victoria Hislop and 'Spinalonga; The True Story' by Anna Giakoumaki

See our suggestions below...


The novel 'The Island' by Victoria Hislop has been made into a television mini drama by Mega TV, Directed by Theodoris Papadoulakis and filmed on location in Crete. The production is now available on DVD in Greek language with English subtitles.

Is 'The Island' by Victoria Hislop a true story?

No, it is a fictional story based upon the historical background of Crete. Whilst the general themes were based on historical facts, the specifics were not.

Was Spinalonga a leper colony?

When was Spinalonga abandoned?

Can leprosy be cured?

Yes, cures and treatments for leprosy have been available since 1982. The disease is known today, all around the world, especially in areas of poverty and ignorance where the stigma of leprosy leads to lack of diagnosis.

Why do people visit Spinalonga?

A visit to the island is a day to enjoy the magnificent views of Elounda Bay, to absorb the multi-layered history of the island which has been occupied since ancient times, and explore a wonderfully atmospheric, poignant and fascinating place. Many people visit because they have read the book 'The Island' and want to see it first-hand. 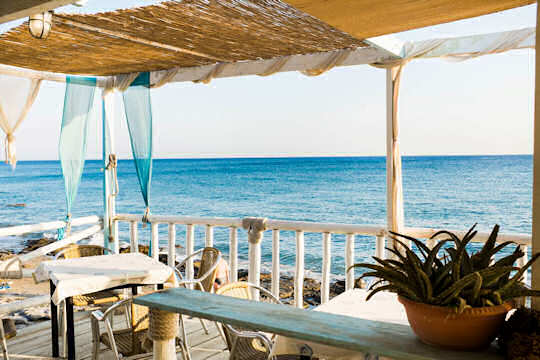 The region in the east of Crete is named Lasithi and holds some of the best-kept secrets of Crete, as there are generally fewer visitors to this side of the island. There are rocky mountains and gorges, forests and beautiful beaches to explore, as well as the towns of Agios Nikolaos, Elounda, Sitia and Ierapetra.

Some highlights of the region include:

Some images of the island here: 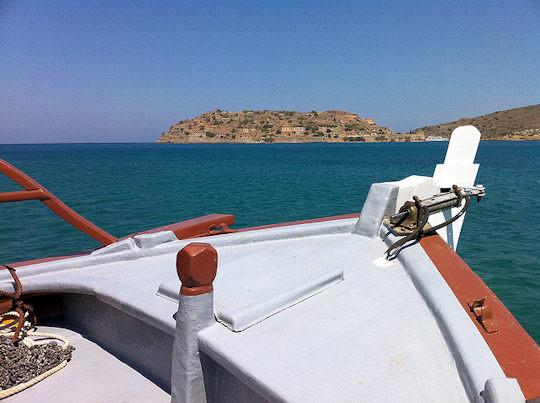 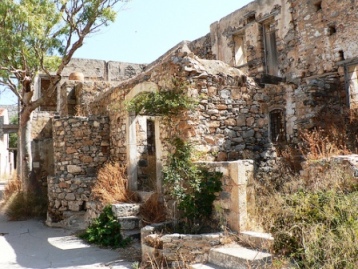 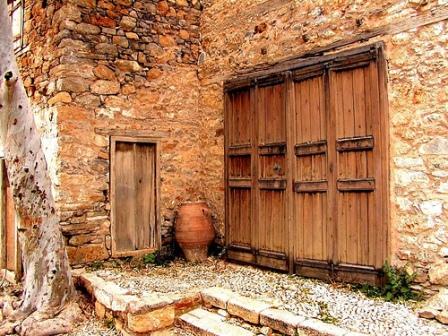 Arrive via Heraklion International Airport HER or Sitia Airport JSH.

From Heraklion, drive east via Agios Nikolaos for 75 km, allow 1.5 hours for the drive.

It is best to stay nearby at Plaka, Elounda or Agios Nikolaos.

See our Q&A pages about getting to Spinalonga:

More details of flights and ferries to Crete below.