Sea Turtles in Crete - the chosen charity of the We Love Crete team. 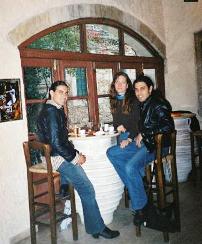 The team at We Love Crete have chosen Archelon Sea Turtle Protection Society of Greece as our major charity.

A portion of our proceeds from We Love Crete website goes to support this wonderful charity, which is active in Crete and Greece.

Let us tell you why sea turtles are so unique and why we need to protect them, and how you can get involved...

We have a passion for nature conservation, which we actively follow by regenerating bushland at our home, and by participating with our local ocean conservation charity for beach clean ups. More about us...

Sea Turtles in Crete - let us tell you about the three types of turtles you might see in the seas of Crete... 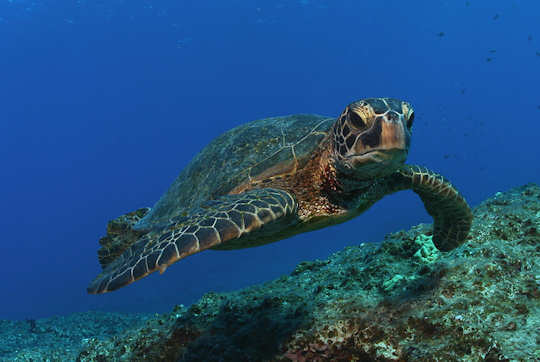 the largest of all sea turtles

What is the life cycle of a Caretta caretta?

The Caretta caretta turtle is significant in Greece and Crete. These turtles live a long life and the females and males return to the waters where they were born, to find a mate.

The females are very heavy and clumsy on the sand, and this journey out of the water takes a long time, as they must crawl up beyond the high tide mark.

They then dig a hole about 40 centimetres deep and the laying of 90-120 eggs also takes a long time. Then they laboriously flick sand back on top of the eggs to bury them, and make their way back into the sea. This whole journey can take the female between 3-4 hours. The female will lay 3-4 clutches of eggs in one season, and the eggs can have up to 7 male fathers in one clutch.

The eggs hatch in about 60 days, digging their way out of the sand and somehow getting to the sea alive, yet sadly some do die from exhaustion, disorientation or are taken by predators such as martens, rats, crows, gulls and cormorants.

The hatchlings get disoriented by bright lights and it is best that they navigate naturally with sunlight or moonlight.

What does Caretta caretta mean?

This is the scientific name given to these Loggerhead turtles, coming from an old french word for turtle 'caret'.

Where do Caretta caretta live in Greece?

These turtles live in waters off Zakynthos Island in the Ionian Sea, there are some nesting beaches there, where many volunteers also attend to protection efforts in the Bay of Laganas, the most important nesting site for Loggerheads in the Med.

Caretta caretta are also found in the Peloponnese, in four different nesting bays; Kyparissia, Lakonikos Bay, Koroni and the area between Neda estuary and the village of Kalo Nero. These are areas of intense conservation.

Archelon has other active sea turtle projects in the Amvrakikos Gulf and Kefalonia Island.

There are active, protected nesting sites for Caretta caretta in Chania, Rethymnon and Heraklion in Crete, and turtles can be seen in many waters around Crete.

The eggs look a bit like ping pong balls. They are white and soft, pliable with thin paperish shells and are laid in clutches of around 90-120 at a time, then buried in the sand about 40cm deep.

When do sea turtles lay eggs on the beach in Crete?

Females come ashore to lay their eggs between May to September each year.

When do sea turtles hatch in Crete?

The hatchlings emerge from their sandy nest 2 months after being laid, so they can hatch any time from June to September.

Where can  you see sea turtles in Crete?

In any of the waters anywhere around Crete you may be lucky enough to see a turtle swimming wild. Also you could see one in the aquarium at Thalassocosmos CretAquarium near Heraklion.

Can you swim with turtles in Crete?

Yes, but try not to touch or scare the sea turtles in Crete. See our page on snorkelling and diving in Crete to arrange a snorkelling trip to see marine life including turtles...

Threats to Sea Turtles in Greece

What are the threats to sea turtles in Greece?

The threats from human activity for turtles include: 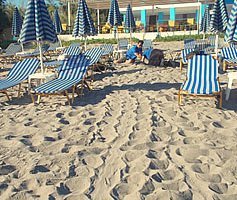 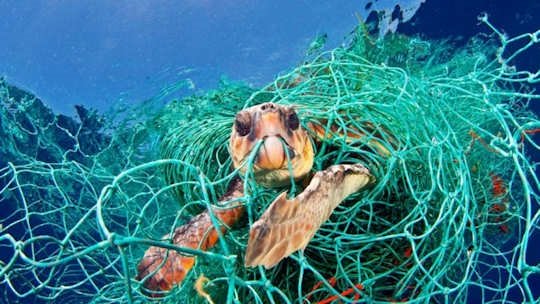 A sea turtle caught in a discarded or lost fishing net, known as a 'ghost net'

About the Work of Volunteers 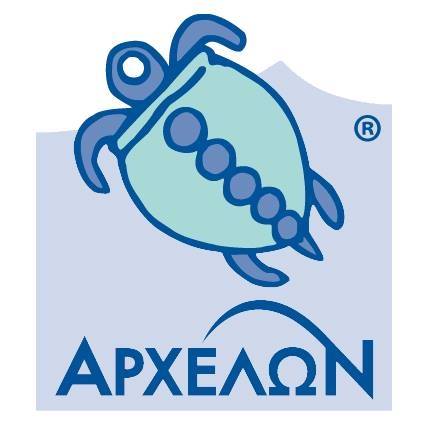 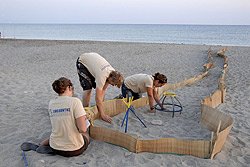 Volunteers need to look after all their own costs and pay for the program. There are various dates available between June and September every summer.

This takes hard work and commitment, there is plenty to do in activities in public awareness, nest and turtle protection, and maintenance. Volunteers have the opportunity to learn all about the turtles and their conservation and then help to inform the public about this, at Information Kiosks, and hotel talks with slide shows.

Volunteers also help construct beach fences and screens to stop the public walking on the nesting sites, and to help the baby turtles to orientate themselves to get from their nest to the sea. Lights can confuse the baby turtles and in some places, lights cannot be eliminated, so temporary fencing is constructed. 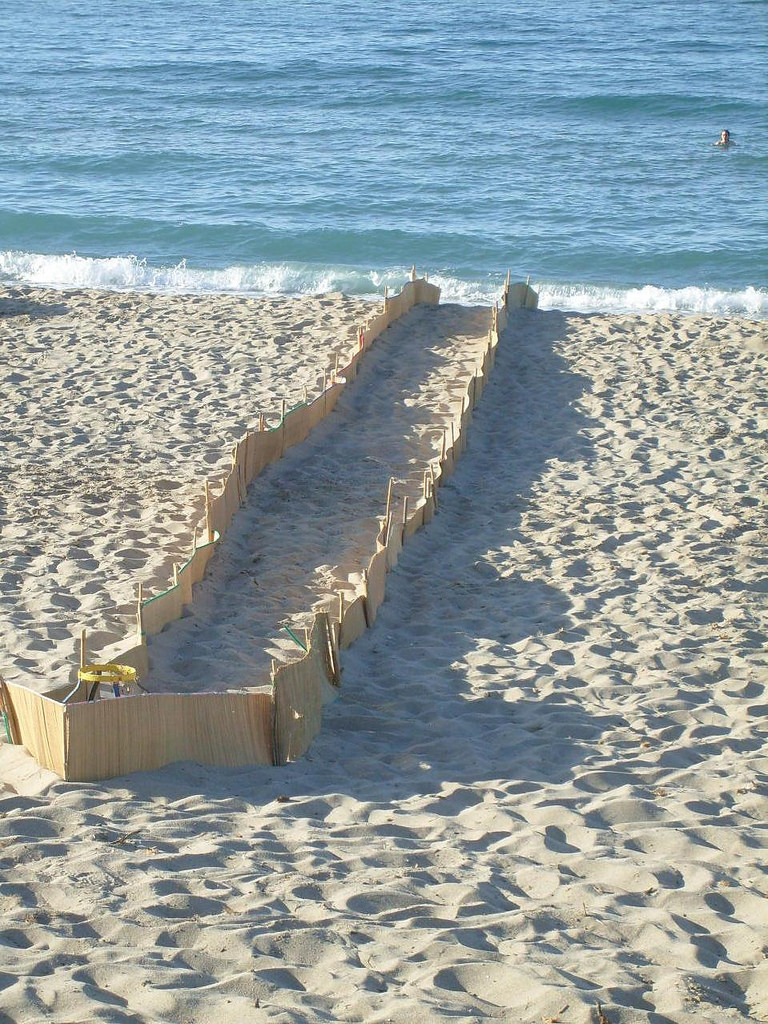 A Story From The Beach 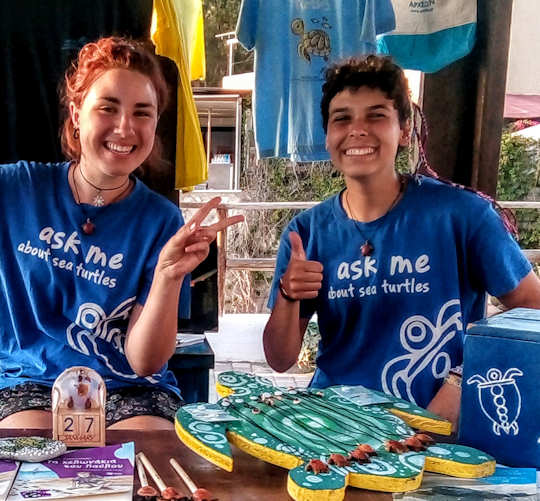 Mark Latter said "Here is my story about the Archelon young volunteers.

This summer when I was in south Crete, I would wake up early, very happy and looking forward to another day at the beach. When I arrived at the beach on this already very hot day, I looked down the beach and saw two young people walking along  with clip boards and a turtle nest protection frame. They were busy recording information about turtle nests and hatchings. I saw that the two Archelon volunteers were approched by two Greek women interested in their daily work. They were very polite and answered questions in a very knowledgeable way.

The next day I was back again at the same beach, and had the pleasure of meeting another two volunteers who had walked many kilometres in the hot Cretan sun to help Archelon and their protection of the Caretta caretta.

If you are in Crete and see these great young people in their blue t-shirts spare a thought for them, and the protection of the vulnerable sea turtle population.These volunteers are walking these beaches for weeks because they believe in something very, very important."

How You Can Help on Your Holiday

Be aware of sea turtles on beaches in Crete. Sea turtle females need to access the beach without noise or lights or interruption to lay their eggs.  They are guided by moonlight and need it to navigate.

How You Can Volunteer 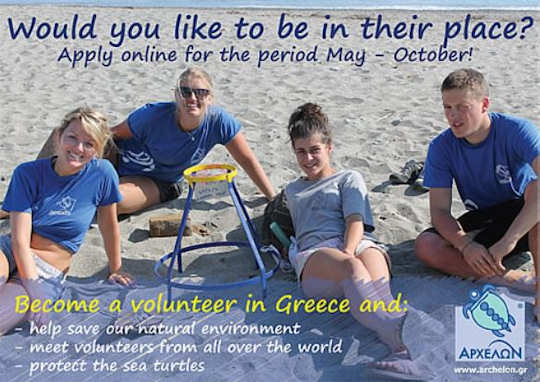 How Can I Donate?

We are so happy that you are interested in donating to the cause of sea turtle protection in Crete.

We suggest that you donate to Archelon Sea Turtle Protection Society of Greece via their website here...

You could also help by:

Archelon was formed in 1983 and is a non-profit organisation working in collaboration with other non-government organisations and scientific programs throughout Greece to protect Sea Turtles.

The group works with all levels of government and all parts of the community to raise awareness, provide education, develop solutions to conservation of turtles and to actively protect turtle nesting sites.

Volunteers are a big part of Archelon and every summer people come from all over the world to assist.

Over 50 turtles are treated every year at the rescue centre in Gyfada near Athens.

Simply, they do a great and important job.

MEDASSET is an international non-profit organisation working to protect marine and coastal habitats in the Mediterranean, with sea turtles as their flagship species. Their vision is:

"A richly bio-diverse Mediterranean Sea with balanced marine and coastal ecosystems in which sea turtles thrive."

If you want to learn more about turtles in the Med. and about conservation efforts and programs to protect them, you can learn a lot from Medasset information and videos.

Check out their website if you are an educator or if you want to support their work, or perhaps volunteer in Athens.

One of the major threats to sea turtles in Greece is plastic waste in the sea...this video from Medasset shows why...

And a specific threat to watch out for during the pandemic - a threat to the turtles that is. Here's how you can help.

Medasset helps us to remember about rubbish and plastics at the beach this summer and always... 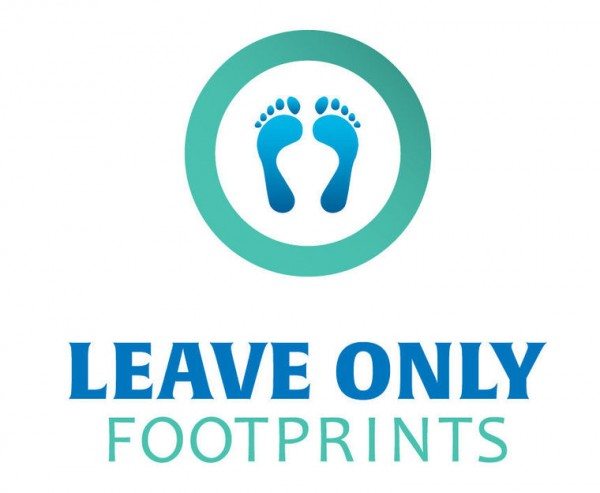 More about Volunteering in Crete

More about Conservation in Crete

More about the Marine Life of Crete