One of our favourites. Dakos, whether you eat it for breakfast, lunch or as a snack any time of the day, is always wholesome and filling.

To make dákos you start with bread rusks. We like the traditional barley krithári or wholemeal olikís alésios rusks with their chunky texture and wholesome flavour.

The word ντάκος comes from the way the bread is prepared. This is slicing the bread loaf three quarters of the way through and then baking. 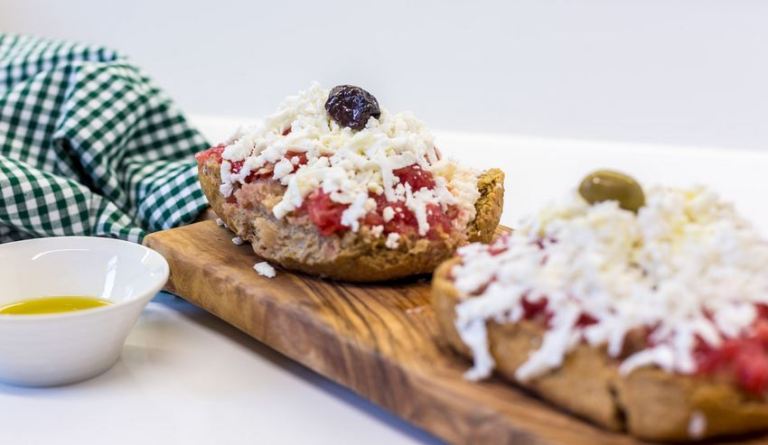 Bread rusks paximádia are enjoyed throughout Greece. Traditionally in Greece paximádia are made by cutting slices from a loaf of fresh home-made bread and then baking them again in the oven till crunchy.


As you can see dako and paximádia are very similar, the difference being how they are cut before they are cooked.

Drizzle a little water on the rusks to soften, then pore plenty of Cretan olive oil over them. Grate fresh garden tomatoes directly onto the rusks and add crumbled feta cheese and onion rings.


This is one way to make ντάκος. Another is ντάκος salad. Use the same ingredients; however, place them all in a nice big salad bowl. Of course, adjust the ingredients to the number of people that you are entertaining.

Once baked, the rusk can be broken from the loaf and used as desired. A basic favourite is water drizzled ντάκος rusk dowsed with olive oil & sprinkled with fresh oregano picked from the garden, accompanied with olives on the side and of course a glass of dópio local wine or icy cold ouzo. 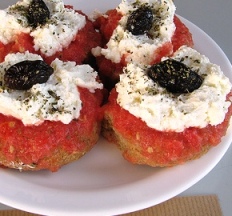 If you can't find rusks... use nice thick rye bread or wholemeal bread or get the authentic Cretan rusks online here

To get your beautiful Cretan olive oil shop online here 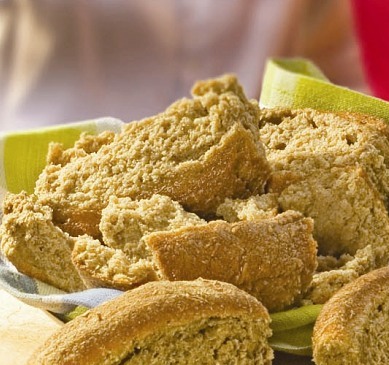 Where to eat Dakos in Crete...

So we thought we would point you in the direction where all these elements might come together, in a really great taverna in Kriti!

Dakos is yummy at Akrogiali Taverna in Chania, especially as this is the view you will see and the beach you will be on...see below...hang on...we are going to need a bigger table please! 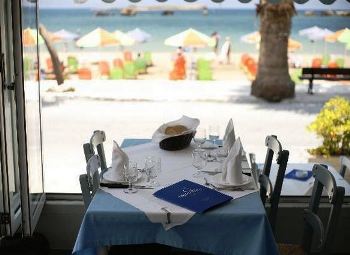 For a fresh dakos from locally grown ingredients...we mean grown in the fields around you...and a true organic farm experience, we can suggest the romantic and beautiful farm restaurant at Agreco Farm in the countryside in Rethymnon.

There is so much to see here, it is a real earth to plate experience, with local guides, and involvement in all the processes such as bread making and grain milling. 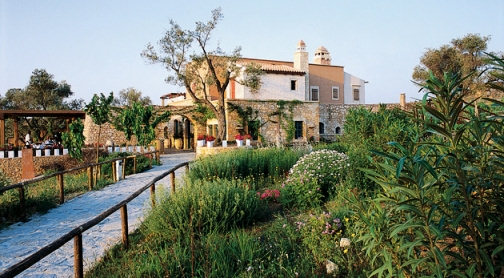 The farm is located just 7 km east of Rethymnon town and we cannot say enough how beautiful it is to see so much traditional culture and emphasis on locally grown ingredients. This farm is the source of inspiration and produce for the luxury Grecotel accommodation houses, they have invested in the creation of a 'fairytale farm' (above).

The taverna is open from May to October and it is best to phone ahead to make a reservation - agreco.gr 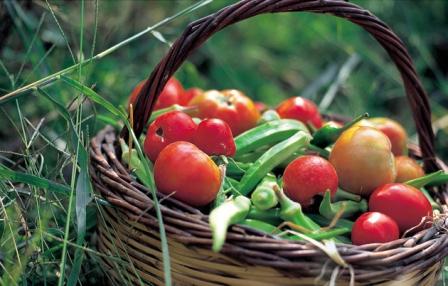 The ντάκος is delicious at Seli Ambelou taverna which overlooks the Lasithi Plateau in the central-east of Crete. The taverna is named after the pass which must be traversed when climbing up from the coast over the hills to get to the plateau.

This plateau is remarkable for its fresh produce, being one of the 'food baskets' of Crete for centuries, and famous for its white windmills which in times past were used to pump water through the irrigation channels for the crops.

On this site are the ruins of 24 windmills and a couple of restored windmills, and of course the taverna which serves traditional Cretan food, including dakos salad.

Visit this taverna before or after you visit the Psyró cave, for sustenance and energy for exploring the ancient sites of the Dikti Mountains and breathing in all that fresh air! 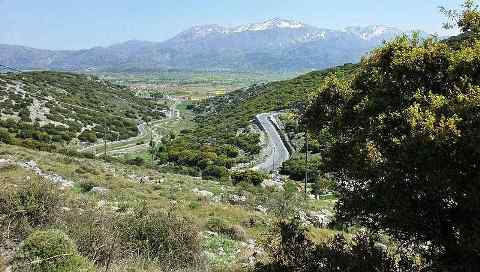