Δομήνικος Θεοτοκόπουλος who became famously known as 'El Greco' was born on the island of Crete in 1541. He was a Renaissance painter, sculptor and architect. His style was unique and controversial.

The exact place of his birth is disputed to this day, however the village of Fodele in the north-west of Iraklion, claims him as its son.

The Byzantine empire fell in 1453, and many artists retreated to Iraklion, then under Venetian rule, with a flourishing culture including the arts. Theotokopoulos learnt from these artists and a natural next step was to study further in Venice.

He left Crete in 1567 to study in Venice under Titian. He spent 10 years in Italy until he went to Spain.

The Works of Theotokopoulos

Below is a video presentation of many of the works of Domenikos Theotokopoulos set to the music of Vangelis.

Biography of El Greco
The Artist in Crete 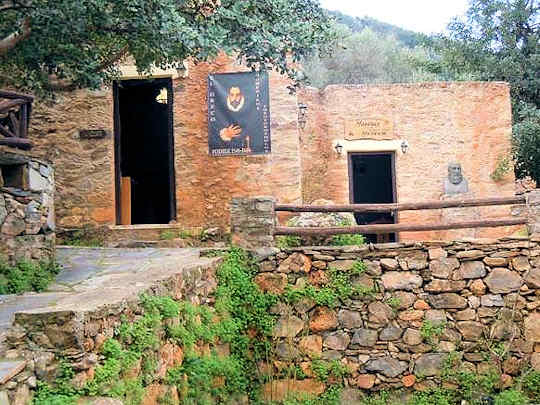 Biography of El Greco - in the charming village of Fodele in Crete, a monument to Domenikos Theotokopoulos can be found in the main street next to the Pandomandri river. The plaque was donated by the University of Valladolid in Spain in honour of the artist.

Also in the village is the Museum of El Greco (above) in the house said to be his birthplace.

This village is located 30 km west of Heraklion in the centre of Crete.

The Historical Museum of Crete

In the town of Iraklion in Crete is the Historical Museum of Crete at 7, Lysimachos Kalokairinos. Two paintings by Domenikos Theotokopoulos are displayed in the Post Byzantine collection:

These are the only works by the artist on display on Crete.

The Museum has a small entry fee and is open from Monday to Saturday from 9am to 5pm, opening late on Wednesdays until 9pm. Visiting times may be shorter during winter season, so check details at: www.historical-museum.gr

In central Heraklion is a lovely big square or plaza with a bust of Theotokopoulos in the centre. With plenty of seats, trees and bushes it makes a green, calm haven in the centre of the city. Nearby are some lovely cafes, including internet cafes, and cafe bars in the city. This plateia is not far from the Liondaria fountain.


Theotokopoulos Around the World 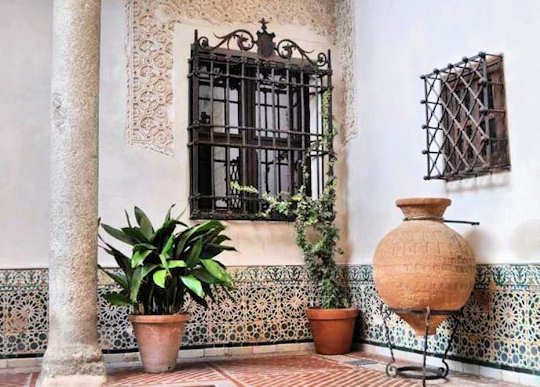 Biography of El Greco - the works of Theotokopoulos are dotted around the world.

"El Expolio" was painted in the Sacristy of the Cathedral of Toledo and can be visited there today.

Museo Nacional del Prado in Madrid houses Theotokopoulos paintings including his portraits. Works are also dotted around the country, in various museums, in Seville, Valencia and Avila, to name a few.

Below are three of the places you can see works by El Greco in Toledo, presented by Rick Steves.

The National Gallery of Art in Washington DC houses many Theotokopoulos works, as does the State Hermitage Museum in St. Petersburg.

The Getty Centre in Los Angeles houses a European collection including 'Christ on the Cross' by El Greco.

Below are video introductions for the movie about the biography of El Greco:

An exhibition of Theotokopoulos's work was shown in Athens between October 2007 and January 2008 to coincide with the release of the film. Shown at the Museum of Cycladic Art, the exhibition was opened by Queen Sophia of Spain.

'The Greek of Toledo'

Biography of El Greco - in 2014, in the town of Toledo in Spain, where the artist lived and painted for the majority of his life, the Museum of Santa Cruz held exhibitions named 'The Greek of Toledo' to honour his memory and commemorate 400 years since his death. Exhibitions were also shown in Madrid at the Prado Museum and in Valladolid.

There are many debates and dialogues of art history surrounding Theotokopoulos. If you have an opinion or a question, feel free to post on our safe contact us page.